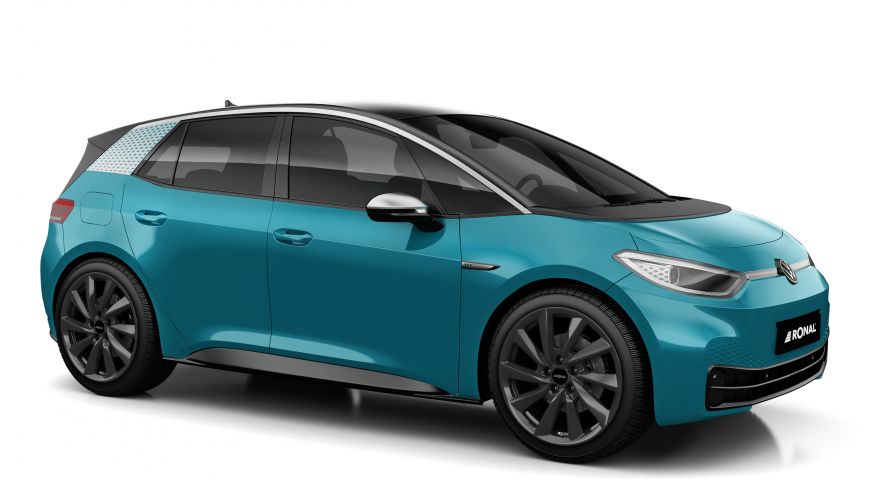 Härkingen/Switzerland, 2020/12/09 – The RONAL GROUP is the first company in the world to launch a product that is currently the only one of its kind: the new RONAL R70-blue. The passenger car wheel will be launched as a carbon neutral solution, making it yet another milestone in the company’s PLANBLUE sustainability concept, the RONAL GROUP’s mission to meet its environmental and social responsibilities.

The pressure and requirements from the government and society in terms of reducing emissions are increasing – not only for automobile manufacturers, but also for their suppliers.

“With the “Green Deal” and its action plan, Europe has set out to become climate neutral by 2050. To achieve this goal, all sectors of the economy must cooperate. With the new R70-blue, we at the RONAL GROUP are also doing our part,” explains Patrick Lämmli, Executive Vice President Group Sales. “However, we have not only developed this product to meet requirements. We are also reaffirming our role as an innovation and technology leader who cares about the environment and future generations at the same time.”

The RONAL GROUP’s RONAL R70-blue is a holistically sustainable product that is produced in Germany using 100% green electricity. The wheel is mainly made of pre- and post-consumer material as well as primary aluminum, 100% recyclable, produced from renewable energy sources. The RONAL GROUP has been a member of the Aluminium Stewardship Initiative (ASI) as a Downstream Supporter since 2018 and as an Industrial User since September 2020 – as the first wheel manufacturer worldwide to do this. ASI, the global non-profit standards setting and certification organization, brings together ethical, ecological and social aspects along the entire value chain. Today, the RONAL GROUP purchases over 92% of its aluminum from ASI members.

During the production of the product, with 49.6 kg CO2 per wheel, 75% fewer emissions are produced compared to the conventional process, which on average produces 163 kg CO2 per wheel in Europe. For the greenhouse gas emissions that cannot be avoided, the group offsets all carbon emissions with a Gold Standard certified project. The Gold Standard is an internationally recognized, independent certification standard that highlights high-quality carbon offset projects that contribute to sustainable development in the respective region. The project supported by the RONAL GROUP is called “Utsil Naj – healthy homes for all in Mexico” and is committed in many ways to helping the people in Mexico who are particularly suffering from the consequences of climate change.

“As we have two production facilities in Mexico, the RONAL GROUP has an important connection to this country and its people,” says Judith Pietschmann, Senior Manager Group Environment at RONAL GROUP, explaining the choice of the project. “We want to shape climate protection and therefore have clear goals to reduce the carbon footprint of our products, procured goods, production, and logistical processes. We want to set a good example in the area of sustainability and take responsibility for our actions.”

Lämmli adds: “The development of the RONAL R70-blue is the logical continuation of our product concept as part of PLANBLUE. One focus of our sustainability strategy is reducing our CO2 emissions, which we plan to halve by 2030. In recent business years, we have already reduced the ecological footprint per wheel, mainly by purchasing aluminum produced with renewable energy.

“In developing the R70-blue, we took the cradle-to-cradle approach, which is a regenerative system that uses and reuses resources. Aluminum is 100% recyclable, including our R70-blue – a wheel can be turned into a new wheel.”

As early as 2016, the RONAL GROUP set an important course with its PLANBLUE sustainability concept, with ambitious goals in the fields of action “Our Business”, “Our World”, and “Our People”. These relate to the topics “Sustainable and innovative products”, “Energy and climate”, and “Employee development, occupational health and safety” and are continuously tracked and evaluated.

After the RONAL R60-blue wheel, the R70-blue is the second sustainable product in the RONAL GROUP portfolio. The RONAL R70-blue is available in 7.5×18 inch in the surface finishes Orbit grey and Platinum silver. Using undercut technology, the weight has been optimized to 11.9 kg and the wheel has a wheel load of 850 kg.