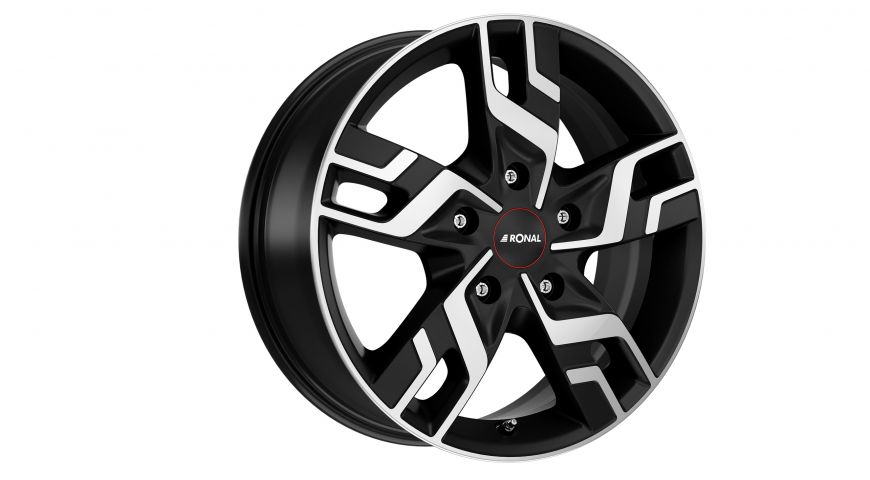 Härkingen/Switzerland, 2018/05/29 – RONAL GROUP presents two special highlights from the classic RONAL range at Tire Cologne 2018 this year: The RONAL R64 and the RONAL R65. The RONAL GROUP is showing the two new wheels for the first time at its stand A010/B011 in hall 7.1.

The RONAL R64 design is a powerful light truck wheel which was designed for heavy payloads. This wheel is special because it has a graphic design with a special structure on the spokes. The R64 is not only convincing with its striking, eye-catching appearance – the five-spoke wheel is also very robust at the same time. It can therefore be used as a perfect upgrade for light commercial vehicles, family transporters, vans and SUVs of higher weight. The RONAL R64 is suitable for the VW T6, Ford Transit, Citroën Spacetourer, Peugeot Traveler, Toyota Proace and SsangYong Rexton.

The R64 wheel will initially be available in 7.0×17 inch size with the five-hole connection. It is available in silver and jet black matt-front diamond cut surfaces. The diamond cut process is used for the latter. The RONAL R64 design will be released soon.