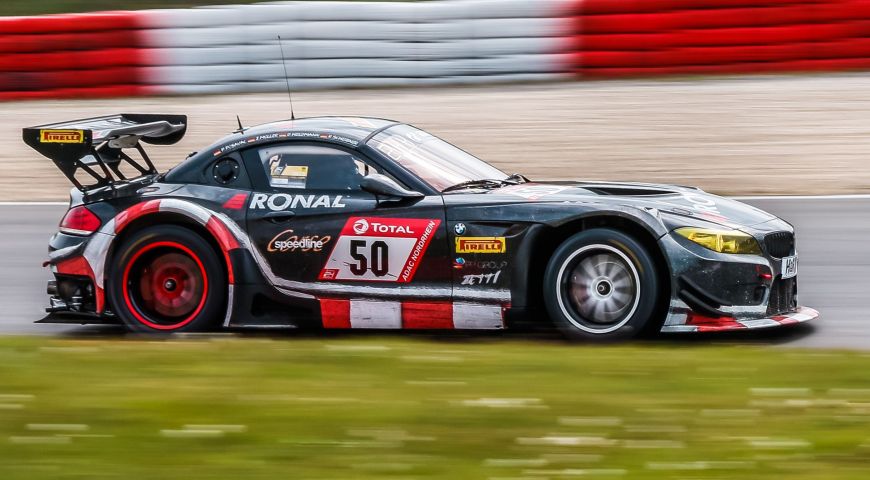 RONAL GROUP with the SPEEDLINE RACING Team at Nürburgring 24 Hours

Härkingen/Switzerland, 2019/06/06 – From June 20–23, it is that time again: For the 47th year in a row, it’s the amazing race in the “Green Hell” of the Nürburgring. Almost 200 vehicles are due to line up on the starting grid of the longest racetrack in the world as part of the ADAC TOTAL 24 Hour Race. The RONAL GROUP will have three cars on the grid this year. Together with tire manufacturer Pirelli, the wheel manufacturer is sending the new “SPEEDLINE RACING team” out on the track. The team will receive technical support in the pit from Walkenhorst Motorsport and TomCri Motorsport.

The RONAL GROUP has been actively involved in supplying wheels to the 24-Hour Race since 1982. The company will once again be represented in 2019 by the well-known and universally adored “Zetti” BMW Z4 GT3 from Class SP9 from the PP Group, which drove under the flag of RONAL and SPEEDLINE CORSE last year. This time the fast V8 car has a new Nordschleifen look. From the curbs to the graffiti and edge strips, you could say that the real asphalt from the Nürburgring has been incorporated into the car. Equipped with a single-piece special version of the SPEEDLINE CORSE SC1 Motorismo 18″ wheel in white/black and red/black, it’s a real attention-seeker.

The public favorite will be accompanied by a BMW M4 GT (Walkenhorst Motorsport) and a BMW M2 GT (TomCri Motorsport), representing Class SP8T.

Visitors can find the “Zetti” fan tent in the drivers’ paddock, with an original vehicle that they can touch and take photos of. They will also have the chance to get to know the drivers during autograph sessions. Alongside an exhibition of popular RONAL and SPEEDLINE CORSE wheels, a competition will round things off: The main prize is a VIP weekend for two at a VLN race at the Nürburgring, as well as a wide range of non-cash prizes.

The RONAL GROUP and Pirelli are primarily using this event as a team-building exercise. A crew totaling 150 people in the “SPEEDLINE RACING team” will be giving their all to offer and experience motorsport at its highest level. The ultimate aim is to carry off one of the coveted trophies.

And before the sport side of the 24-Hour Race even begins, there’s the first highlight on Wednesday June 19: from 4 p.m. fans and participants will be meeting up at the Adenauer Racing Day in the center of Adenau. The RONAL “Zetti” will also be there and will once again drive in convoy from the racetrack to the heart of the race venue in the Eifel.