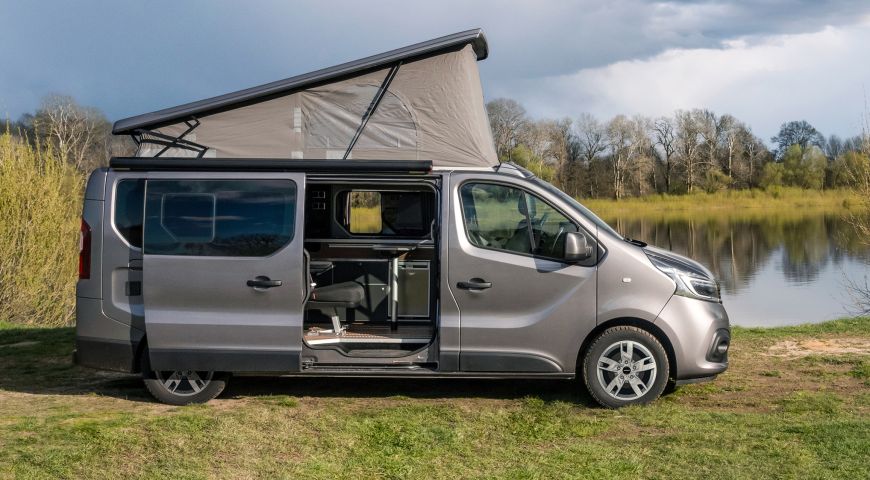 Härkingen/Switzerland, 2022/02/04 – In addition to aluminum wheels for cars, buses and trucks, the RONAL GROUP is also establishing a range for campers and caravans, ranking among the world’s largest manufacturers in this area.

Compared to car wheels, those for campers and caravans are about technical details rather than just an attractive design. Products for motorhomes and commercial vehicles must have a much higher load-bearing capacity, be robustly built and at the same time lightweight. All RONAL wheels meet these requirements and are manufactured in Europe in OEM quality under strict testing specifications.

Another advantage of RONAL aluminum wheels is that, being lighter than steel ones, they reduce wear on the wheel suspension and shock absorbers due to the lower unsprung masses. Aluminum as a material also dissipates braking heat several times faster than steel.

The RONAL GROUP is one of the largest producers of aluminum wheels for campers and caravans, which have been in use among body manufacturers and vehicle builders for many years. In this submarket, the company is also active in the aftermarket. Numerous products of the SPEEDLINE TRUCK brand round off the range for motorhomes based on trucks.

The RONAL camper and caravan range includes, among others, the two well-known designs RONAL R64 and RONAL R57 and is being continuously expanded.

Available in jetblack matt-front diamond cut and silver in the sizes 6.5×16” and 7.0×17”, the RONAL R64 is designed for a load capacity of up to 1,400 kg. It is suitable for motorhomes, caravans, vans and pickups with cabins and cabin trailers. These include the Fiat Ducato, VW T6/T7, Ford Transit and Mercedes Vito as well as Citroën Jumper, Renault Traffic and Opel Vivaro.

The RONAL R57 is available in three finishes: In the colored version jetblack-red spoke as well as glossy black-front diamond cut and matt black-front diamond cut. The triple-spoke design is available for campers and caravans in 17 and 18 inches and fits the MAN TGE, VW Amarok/Crafter/T5/T6, among others. The wheel can handle a load of up to 930 kg.