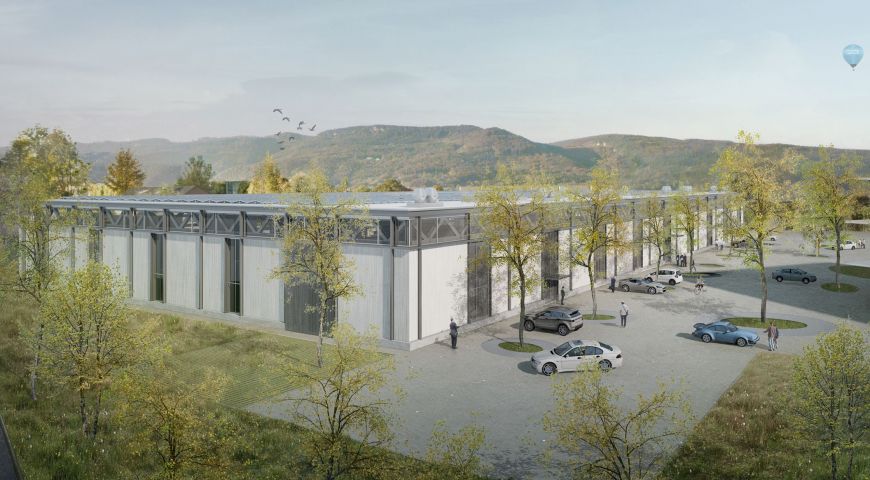 Härkingen/Switzerland, 2019/01/21 – The RONAL GROUP, one of the world’s leading manufacturers of light alloy wheels for passenger cars and commercial vehicles, is building a new toolmaking shop at the site of the group’s headquarters in Härkingen (Switzerland). The groundbreaking ceremony for the project was held on January 14, while construction is due to begin in February 2019.

RON AG was founded in 1983 in Switzerland as the research and development center of the RONAL GROUP in order to bring together construction, toolmaking and production of prototypes in one location. The current factory building was constructed at the beginning of the 1980s, with RON AG moving in in 1984. “As the present building no longer optimally meets today’s requirements and would need to be renovated, we decided to build a new one”, explains Martin Wyss, Managing Director of RON AG. “With the new toolmaking facility, the RONAL GROUP is taking an important step towards improving its spatial infrastructure and operational processes, to be able to cover both current and future space requirements”, Wyss continued.

The planned new building, which is further testimony of the group’s commitment to its presence in Switzerland, provides for a large steel factory measuring 92m x 52m in a usable area of 5,594m2, with the facility bringing all uses together under one roof. The new toolmaking building will have a production area of 4,900m2 and an office wing of 700m2 for a total of some 85 employees. The open space between the existing administration building and the new factory building is designed as a park-like landscape, similar to a campus area.

The RONAL GROUP manufactures 100 percent of its production tools and molds itself at its sites in Härkingen (Switzerland) and Cantanhede (Portugal). The inauguration and move into the new RON AG building are scheduled for mid-2020.