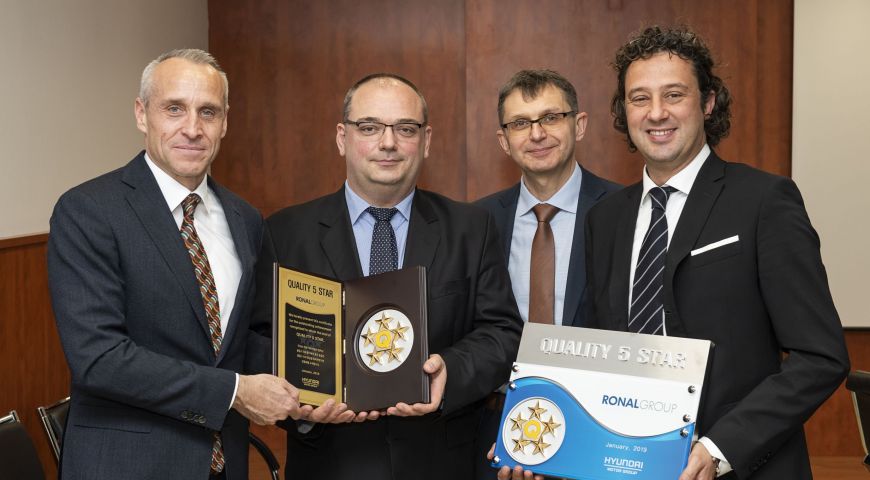 Härkingen/Switzerland, 2019/05/22 – The RONAL GROUP, one of the leading manufacturers for light alloy wheels for passenger cars and commercial vehicles, is the first European supplier to be admitted to the exclusive “5 Star Circle” of the Hyundai Motor Group’s best suppliers. On April 16th, the award was presented at the Kia Motors Slovakia site in Žilina.

The “5 Star Award” is one of the highest accolades to be awarded to suppliers by the Hyundai Motor Group. The award was received by representatives of the RONAL GROUP during the ceremony. The RONAL GROUP factory situated in Jelcz, Poland received the Quality Award for its successful auditing.

In October 2012, a major collaboration started between the RONAL GROUP and the Korean car manufacturer group. “For me and the whole team, it is extremely positive news to be honored with the ‘5 Star Award’ and we are proud that we are the first European supplier to receive this. The award stresses our aspiration to offer all our customers the best products and the best service possible at all times,” stated Patrick Lämmli, Vice President Sales at the RONAL GROUP.