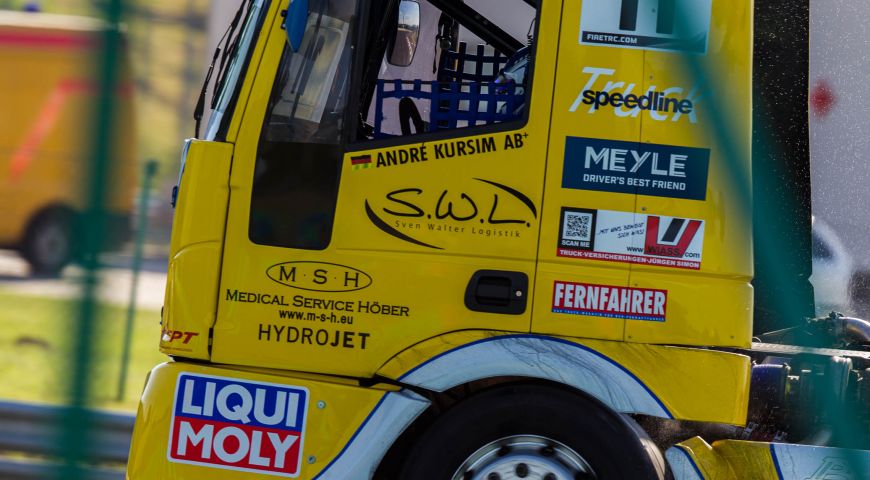 SPEEDLINE TRUCK at the ETRC in Most

Presezzo/Italy, 2019/08/20 – The 2019 FIA European Truck Racing Championship will once again make a stop at Autodrom Most (Czech Republic) from August 30 to September 1. SPEEDLINE TRUCK, the truck wheel brand of the RONAL GROUP, will be sponsoring the ‘Don’t Touch Racing’ team.

At the fifth of a total of eight truck races at the Autodrom in Most, coming in at 4,212 meters, SPEEDLINE TRUCK will host its own stand in the paddock alongside the ’Don’t Touch Racing’ team, presenting its range of wheels. On-site experts from SPEEDLINE TRUCK will be available to provide interested visitors with detailed informational material as well as specifics on the range and matching accessories. Another highlight: After joining SPEEDLINE TRUCK at its booth at the IAA Commercial Vehicles last year, wheel tattoo artist Eddy Schuster will once again be in attendance on Saturday and Sunday, where he will engrave all the FIA ETRC tracks, various sponsor logos and the ‘Don’t Touch Racing’ team logo into a SLT 2907 wheel with mirror finish – live! This wheel will then be auctioned off online, with all proceeds going to charity.

SPEEDLINE TRUCK began its journey in truck racing as a supporter and supplier of wheels in 2013. This year, as one of the leading suppliers of forged light alloy wheels for commercial vehicles, trailers and coaches, SPEEDLINE TRUCK will help lead the Berlin-based ‘Don’t Touch Racing’ team to success with driver André Kursim. “After a good start among the current competition, we are more than satisfied with our decision to support such an ambitious and promising team as ‘Don’t Touch Racing,’” says Andreas Pape, Sales Manager at SPEEDLINE TRUCK.